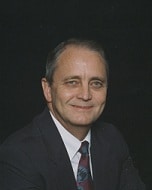 Leon, or “Junior” as he was known to his friends, eventually succumbed to the cancer that he courageously fought for nearly 10 years. He was surrounded by his loving friends and family at the time of his passing.

Leon was born in Greenville, Texas on March 2nd, 1951, to Leon Sr. and Maron Cook. He often liked to remind everyone that he shared his birthday with Texas Independence Day. Leon graduated from Garland High School in 1969, where he served as Senior Class Vice President, was voted “Best All Around”, and was a letterman in tennis. He then attended the University of North Texas, where he achieved a BA in History and a Minor in English in 1973. Leon was married to his college sweetheart, Ellen, in September of 1974. They remained happily married until the day of his departure.

Leon was employed for nearly 40 years by AEP Industries. In 1993, he and his family moved from Dallas, TX to Matthews, NC, where he served the company as the national inventory control manager. Leon and his family found their church home at Matthews Presbyterian Church, where he was elected as an Elder, and served on several committees, including the Stewardship, Finance, and the Capital Campaign Committee that successfully raised funds for a new sanctuary. He was also instrumental in developing the church’s initial Acolyte program, and found joy volunteering his time to a program that provided local homeless individuals with a meal and a place to sleep on cold nights. Leon and Ellen joined St. Matthew Catholic Church of Charlotte in 2008, and remain as members today.

Leon enjoyed spending his free time maintaining his yard and garden. He was an avid music fan, and particularly liked the Beatles and Simon & Garfunkel. He was fortunate enough to catch performers such as Jimi Hendrix, Led Zeppelin, and The Rolling Stones in small venues before the height of their popularity. Leon remained a true fan of the Dallas Cowboys, Texas Longhorns, and Texas Rangers. In 1989, Leon had the foresight to take his family to the baseball game in which Nolan Ryan achieved his 5000th strikeout in Arlington, TX. Leon also loved the beach and ensured at least one family vacation to the coast every year.

Leon was a devoted husband, father, Papaw, and friend. He will be greatly missed, but will live on in the hearts and minds of every life he touched.

A memorial service and celebration of life will be held on Saturday, January 5th, 2013, at 11:00am at the Matthews Presbyterian Church in Matthews, NC.

In lieu of flowers, please consider making a donation to Stand Up to Cancer, or the Levine & Dickson Hospice Care Center.

The family would like to sincerely thank the entire loving staff at the Levine & Dickson Hospice Facility in Huntersville, NC for the comfort and care they provided, and Carolina Cremation for their helpful assistance.

Carolina Cremation of Salisbury, North Carolina is assisting the Cook family. Online condolences may be made at www.carolinacremation.com.