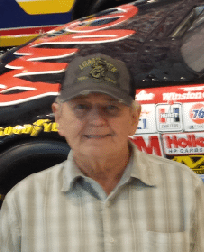 Alan “Dee” Lambert, 68, of Kannapolis passed away on Thursday, February 27, 2014 at his home surrounded by his family. Dee was born on May 3, 1945 in Buncombe County, son of the late Gaylord W. and Eula Letterman Lambert.

Dee attended Asheville High School, and was a Veteran of the United States Marine Corp. Dee had worked for Dynatex in Asheville. He was a member of Lakewood Baptist Church of Kannapolis where he was an usher, a member of the choir, and a member of the Baptismal Committee. Dee was very active in his church and has served on numerous committees. He enjoyed fishing, playing bingo and making clocks.

In addition to his parents, Dee is preceded in death by his sister, Colleen Gregory.

Memorials may be made to Lakewood Baptist Church 806 Kluttz Street Kannapolis NC 28081.

Carolina Cremation of Salisbury NC is assisting the Lambert family. Online condolences may be made at www.carolinacremation.com.