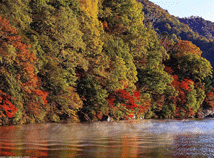 Albert Giudice, 81 of Salisbury, formerly of Franklin, N.Y. Passed away on Saturday March 24, 2012 at the Kindred Hospital of Greensboro. Albert was born on July 24, 1930 in Franklin New York, a son of the late Sebastian and Maude Pizza Giudice. Albert was a graduate of Franklin Central School, he had worked for the York Modern Corporation in Unadilla, N.Y., and Kenneth L. Bennett Funeral Home in Franklin, N.Y., before moving to Salisbury. In Salisbury he worked for and retired from Grinnell Fire Protection. Albert was an avid fisherman, gardener, and family man. His children and grandchildren were a very important part of his life.

In addition to his parents, Albert is preceded in death by a son, Anthony Sebastian Giudice; and sisters, Rose Giudice Springer and Lucy Giudice Russell.

Service: A Memorial Service will be held at the family home, 210 E. Chamblee Drive, Salisbury, on Saturday March 31, at 2 P.M. conducted by Pastor Nathan King of Trinity United Church of Christ.

A family service will be held this summer in Oneonta, New York.

Carolina Cremation of Salisbury is assisting the Giudice family. Online condolences may be made at www.mycarolinacremation.com.