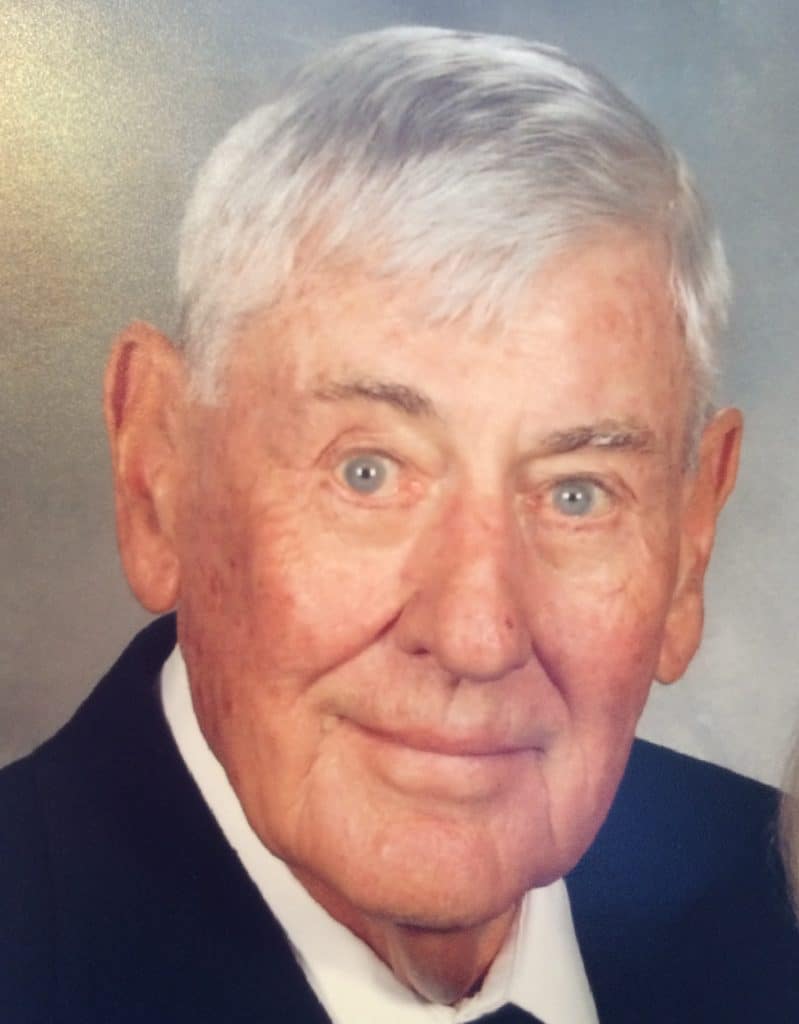 Mr. Eagle was born on August 12, 1933 in Rowan County, NC the son of the late Mr. William Lester and Ruth Cress Eagle. He was educated in and graduated from the China Grove, NC school system and graduated from Guilford College with a degree in finance and attended Catawba College as well. He was drafted into the Army and served his country faithfully during the Korean War. He spent 40 years at the American General Finance Company, which was his only job that he ever had. He advanced over the years to general manger and ended up retiring from there.

He was a member of the Union Lutheran Church and also a member of the Salisbury Elk Lodge #699. Johnny always had a great sense of humor and enjoyed going out to breakfast every morning. He then loved hanging out with his friends in the afternoon at the Harold B. Jarrett American Legion Post #342, where he was also a member. Other memberships Johnny enjoyed and upheld were at the 40 & 8 and the Rowan Shrine Club as a Shriner.

In addition to his parents, he is preceded in death by his beloved wife of 58 year, Loretta Kluttz Eagle, who he married on February 12, 1956; a brother, Bobby Ray Eagle; and both of his children, a son, John Jeffrey “Jeff” Eagle and a daughter, Francee Eagle Barber. His legacy will live on through his granddaughter Karlee, for whom he always showed great love, concern and care.

Fond memories of Johnny include the garden he and Loretta planted each year and all of the wonderful tomatoes and other vegetables they produced over the years. He enjoyed mowing the yard, sitting on the front porch and walking his much loved fur friend, “Tiger”.

Arrangements: A Memorial Service will be held at 5:30 pm on Saturday, July 18th, 2015 at Union Lutheran Church, 4770 Bringle Ferry Rd, Salisbury, NC 28146 with Pastor David W. Nuottila officiating. The family will be at the home of Shellie and Rob Stubbs, immediately following the service. Please join them there for a celebration of Johnny’s life.

Memorials: In lieu of flowers, donations may be made in Mr. Eagle’s memory to Union Lutheran Church at the above address for the playground fund. This playground was built and dedicated in his son Jeff’s name and memory.

Special thanks go to the nurses and staff of the ER and the CCU unit at Novant Rowan Regional Medical Hospital, especially Nancy and Sue, for Mr. Eagle’s care and the support of his family.

Carolina Cremation of Salisbury and Charlotte is assisting the Eagle family. Online condolences may be made at www.carolinacremation.com.