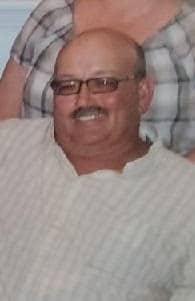 Dale Roy Scully, 59, passed away Sunday, November 15, 2020 at his residence surrounded by his family.

He was born April 11, 1961 in Crookston, MN to the late Roy Scully and Mertle Sterger Scully. He was raised of the Catholic faith and lived in Gentilly, MN with his family. He attended schools in Crookston and graduated in 1979 from Fertile-Beltrami High School in Fertile, MN.

Dale moved to North Carolina where he worked in construction for several years before moving back to Minnesota. He began working for JR Dale, helping with planting, harvesting and hauling crops. He married Roxanne Ek on April 23, 1993. In 1994, they moved back to North Carolina and he began working for MacLeod Construction. He worked there for 26 years up until his passing. Dale had a great love for dogs and had many pets throughout his life. Dale loved spending time with his family and they will remember all the picking and joking with Uncle Dale. Dale enjoyed watching football, Nascar and drag racing. He also enjoyed doing yard work and cutting wood for his wood burner. In his spare time, he enjoyed playing cards and bowling, but most of all enjoyed playing the marble game with his grandsons and family.

In addition to his parents, Dale was preceded in death by mother in law, Winona Ek; son, Tony Ek; brother, Duane Scully; and several other relatives.

At Dale’s request, he will be cremated and there will be no memorial service. The family will have a small gathering at their home to celebrate his life.

Carolina Cremation is assisting the Scully family. Online condolences may be made at www.carolinacremation.com.