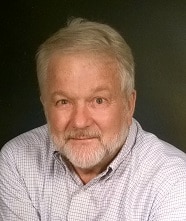 David Gardner Johnson, 71, of Charlotte, NC passed away on Tuesday May 20, 2014 at the Levine Dickson Hospice House, Southminster. Mr. Johnson was born on September 24, 1942 in Charleston, SC to the late Mr. and Mrs. Floyd Burnett Johnson and Alice Sheehan Johnson. David proudly served his country in the United States Coast Guard.

He worked and retired for Saurer Schlafhorst and was a member of Sedgefield United Methodist Church of Charlotte. David was a member of the American Legion as well as the BMW Motorcycle Owners Club of America. He enjoyed walking his dog and loved spending time and traveling with his family. David was a very gracious and humble man who loved his family and believed in people.

In lieu of flowers, donations may be made to, Levine Dickson Hospice House at Southminster (8919 Park Road, Suite 100, Charlotte, North Carolina 28210) or to the Sedgefield United Methodist Church (2830 Dorchester Pl, Charlotte, NC 28209).

Carolina Cremation of Charlotte, NC is serving the Johnson family. Online condolences may be made at www.carolinacremation.com.