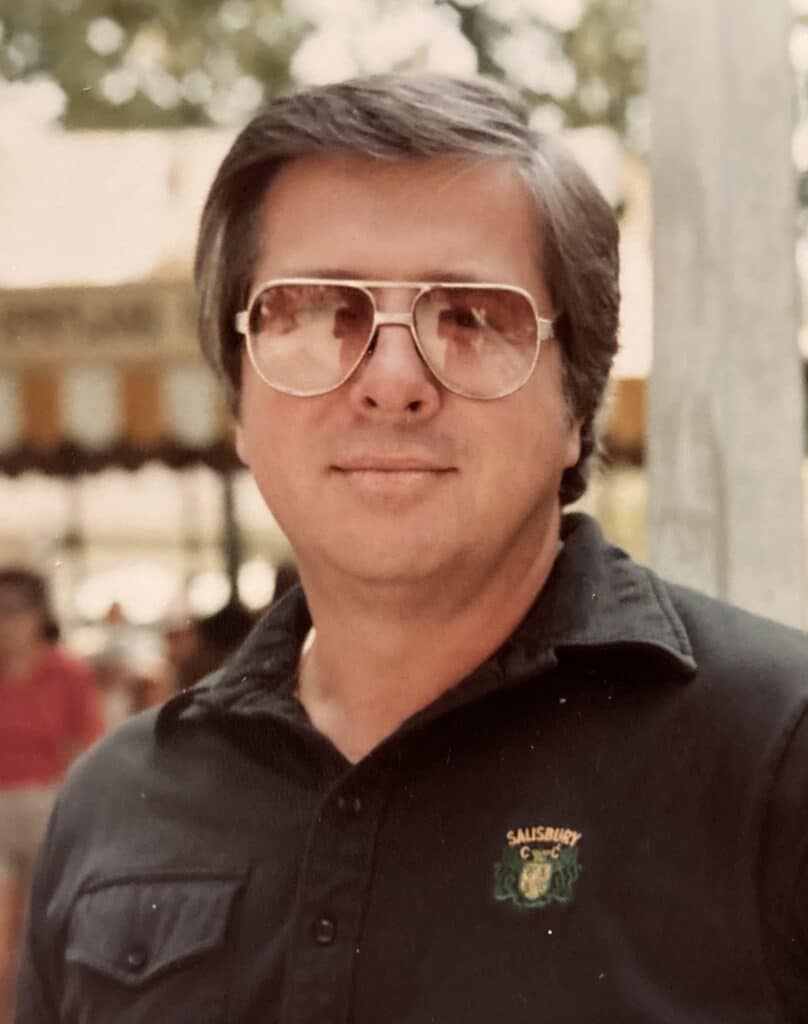 Reid loved watching his family grow up, boating on Lake Norman, good music and books. He loved flying over the Blue Ridge Mountains in the fall, and the old rocking chairs that lined the front porch of John Henry Isenhour’s estate in Blowing Rock.

Reid hated farmers who secretly invaded a golf group and would get a tee time shortly before dawn. Reid hated unethical and exploitative lawyers.

Reid was a 1962 graduate of Wilkes Central where he played football and was captain of the basketball team. During the summer months, Reid competed and won several tournaments on the professional putter tour, as an amateur.

Reid also hosted a seasonal radio program on WKBC in N. Wilkesboro known as Platter Party where he played on student requests.

Reid began his teaching career at West Wilkes HS in 1966. Reid then began his business career in 1970 when he started Hankins Marketing in Salisbury. For 25 years, he brought 5 new products to market with each achieving over one million in units sold.

Reid’s favorite quote:   “Our doubts are traitors and make us lose the good we oft might win, by fearing to attempt.” -William Shakespeare

Reid will be remembered during a private family ceremony on Nov 20.

Carolina Cremation of Salisbury is assisting the Hankins family. Online condolences may be made at www.carolinacremation.com