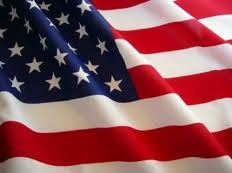 Douglas Clinton Robinson, 63, of Lexington passed away on Tuesday May 21, 2013 at Novant Health Rowan Medical Center. Mr. Robinson was born on November 18, 1949 in Wythe County, VA to the late Charlie Clenton Robinson and Emma Jean Davis.

Douglas Robinson proudly served his country in the United States Army. He enjoyed hunting, fishing, and being outdoors every chance he got. Most importantly though, he loved spending time with his family.

In addition to his parents, Mr. Robinson is preceded in death by a brother, Jack Kennedy.

There will be a Graveside Service held at the Salisbury National Cemetery on Saturday May 25, 2013 at 10:00 AM conducted by Pastor David Robinson of Madison Heights Freewill Baptist Church.

Carolina Cremation of Salisbury, North Carolina is assisting the Robinson family. Online condolences may be made at www.carolinacremation.com.