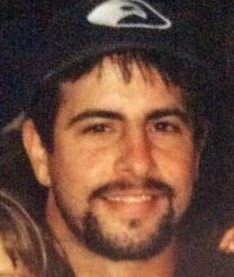 Dax was a 1988 graduate of South Rowan High School, he attended UNC Charlotte and RCCC. He worked for years as a Sub-Contractor for Grove Supply in China Grove. Dax was a loving father, a devoted son, and a “twisted” brother and uncle, and an outgoing and lifelong friend. He was an avid golfer, a Carolina Panthers, Seattle Seahawks, NC State, and Carolina Tarheels fan, and a formidable poker player. Dax loved pop culture trivia and the TV Show “Friends”.

There will be a Memorial Service on Thursday, June 12, 2014 at 7:00 PM at Franklin Heights Baptist Church.

The family will receive friends on Thursday, June 12th from 5:30 to 6:45 PM at Franklin Heights Baptist Church.

The family would like to thanks Dax’s numerous friends for their sympathies and support. The family extends their deepest appreciation to Franklin Heights Baptist Church of Kannapolis, Paragon Revenue Group of Concord and Grove Supply of China Grove for their support during this time.

Rest in Peace, Dax Perry. We will tell stories and speak your name for decades to come.

In lieu of flowers memorials may be made to Dax’s Memorial Celebration Fund, which can be found at http://www.gofundme.com/a37skw?preview=1.

Carolina Cremation of Salisbury and Charlotte is assisting the Perry family. Online condolences may be made at www.carolinacremation.com.