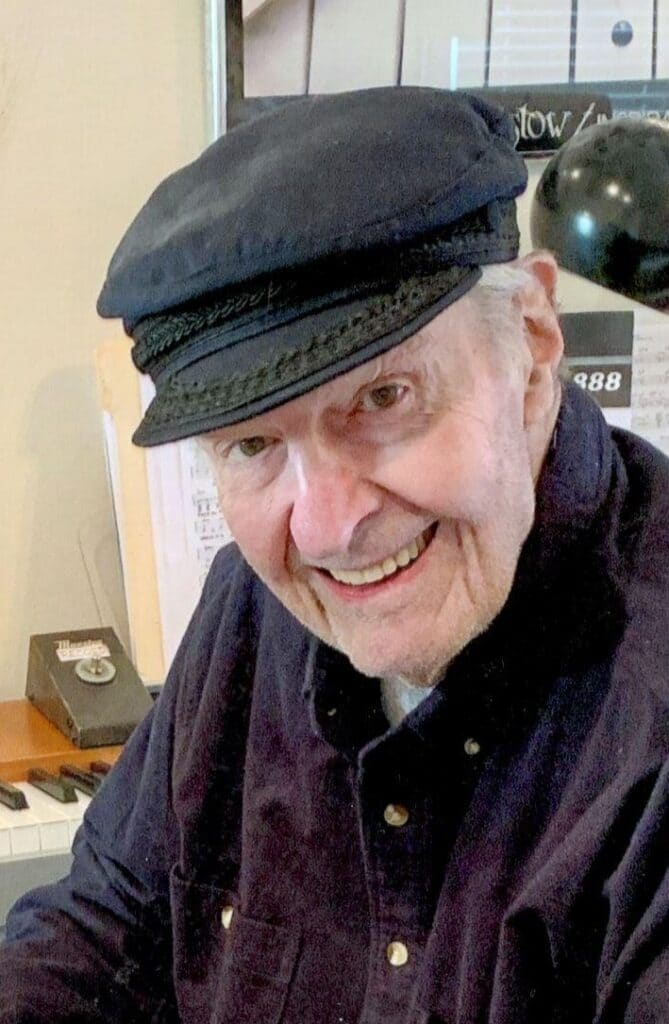 Earle H. Terwilliger (Earle Jerris, “EJ”), 93, recently of Huntersville, NC and previously the Rochester, NY area, passed away peacefully on Thursday, March 3, 2022. In addition to his parents, Earle was preceded in death by his beloved wife of 56 years, Violet (Vi) M. Terwilliger, and his brother, Robert F. Terwilliger.

Earle is survived by his children, Jeffrey E. Terwilliger and wife Charlotte of Raleigh, NC and Lynn Terwilliger Northrup and husband Peter of Charlotte, NC; step-granddaughter Kristen Northrup Dormsjo and family of Mt. Holly, NC; extended family originating in the Hudson Valley of NY; and close friends and musicians with whom he has collaborated over the years.

Earle’s life was rich with his lifelong love for music. A Juilliard student, Earle Jerris, as he was known professionally, was a pianist, composer, and arranger. In his early career he wrote for orchestras and ensembles, gigged in clubs and on radio, and was musical director for his U.S. Army regiment. Later he toured the country as pianist and emcee with the Charlie Spivak Big Band and eventually directed and appeared on his own TV and radio shows. Earle was well known in the Rochester area for opening its first commercial recording facility, Jerris Productions Inc., which produced regional and national advertising, jingles, and scores. He and his “Little Big Band” played concerts in Rochester. Earle entered an active music scene in Huntersville, working with the Lake Norman Big Band and other regional musicians and singers, after arriving there in 2013.

A Celebration of Music honoring Earle’s life will be held at a later date in NC.

Donations in Earle’s name may be made to ROCmusic at either www.rocmusic.org

or to: Eastman School of Music, ROCmusic fund, Office of Advancement, 26 Gibbs St., Rochester, NY 14604. This is a collaborative effort to provide tuition-free music instruction to Rochester’s youth.

Carolina Cremation of Charlotte and Salisbury is assisting the Terwilliger family. Online condolences may be made at www.carolinacremation.com.