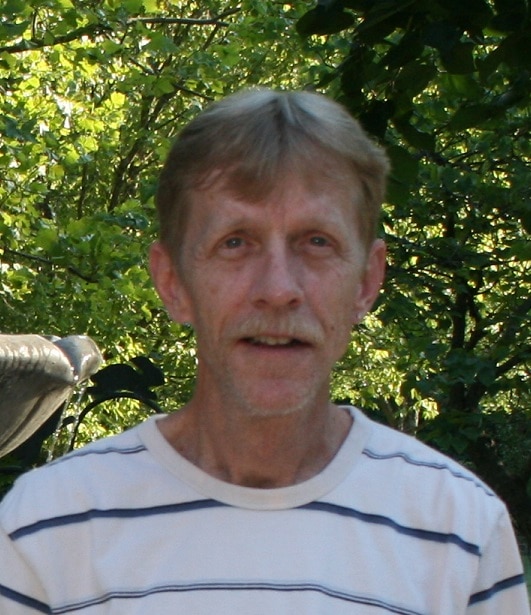 Harry Lee Scoggin, Sr., 57 of Lexington passed away on Monday, July 21, 2014 at the Glenn A. Kiser Hospice House in Salisbury. Harry was born on January 4, 1957 in Augusta, GA, a son of JoAnn Huffman Scoggin and the late Marvin Gordon Scoggin.

Harry is a 1982 graduate of the University of Cincinnati with a B.S. in Computer Science. He is a Veteran of the United States Air Force. He was a cook at Jimmy’s BBQ in Lexington. Harry enjoyed playing spoons, photography, music, the Blue Ridge Parkway, fishing, boating, and was known by his nieces and nephews as Uncle Funny.

In addition to his father, Harry is preceded in death by a brother, Kevin Scoggin Sr. and a sister, Roxane Scoggin Woody.

In addition to his mother, Harry is survived by his wife of over 33 years, Jayne Deborah Werner Scoggin, who he married on September 6, 1980; a son, Harry Scoggin, Jr. and fiance Ashley Faber of Lexington; brothers, Marvin Scoggin, Jr. and wife Peggy of San Bernadino, CA, Nathan Scoggin and wife Donna of Williamsburg, VA, and Heath Scoggin and wife Maureen of Harrisburg, PA; and thirteen nieces and nephews.

Memorials in honor of Harry may be made to the Blue Ridge Parkway Foundation 717 South Marshall Street, Suite 105 B, Winston Salem, NC 27101, as well as the Glenn A. Kiser Hospice House, 1229 Statesville Blvd., Salisbury NC, 28144.

Carolina Cremation of Salisbury and Charlotte is assisting the Scoggin family. Online condolences may be made at www.carolinacremation.com.