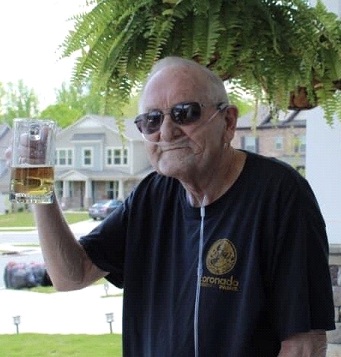 Jan D. Gibson, 74, passed away on Thursday, September 17, 2020, at Gordon’s Hospice Center in Statesville, NC. He was born on June 17, 1946 in Camden, N.J. to Mr. Howard W. Gibson and Jean S. Gibson, Jan grew up in Burlington City and was a longtime resident. On July 8, 1972 he married Betty Walter in Beverly United Methodist Church in Burlington County.

He loved spending time with family and friends. He enjoyed watching baseball and tennis and in his spare time he played on a bowling league for close to 40 years. Jan also loved his black coffee with two scoops of sugar daily. Jan loved to dance with his spouse and be a part of his grandchildren’s activities which included Muay Thai, Jiu Jitsu, cheerleading, dance, soccer, and football. He had a knack for providing his grandchildren with lifelong lessons that they carry though their own lives.

Many individuals have reached out regarding Jan’s passing, the funeral, and how they can assist in these difficult times. At the family’s request, in lieu of flowers, please make donations to help defray any medical expenses and other costs. Jan Gibson’s last wishes were to hold a Zoom session where everyone can meet safely. Relatives and friends this Zoom event will be posted on Facebook and include the date and time.

Carolina Cremation of Salisbury and Charlotte is assisting the Gibson family. Online condolences may be made at www.carolinacremation.com.