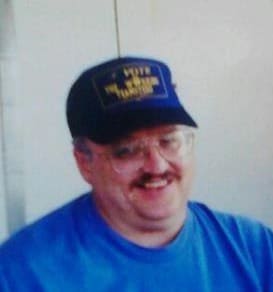 Jerry Wayne Oxenford, 62, of Charlotte, passed away on Thursday July 24, 2014 at the Levine Dickson Hospice House in Huntersville. Mr. Oxenford was born on September 20, 1951 in Allentown, Pennsylvania to the late William Oxenford and Gloria Stauffer Oxenford. Jerry proudly served his country in the United States Navy for 9 years and was stationed in Asmara, Ethiopia from 1970-1974.

Jerry worked as an electrician for Conrail after being in the Navy and was an avid hunter and loved fishing. He loved being outdoors and spending time at the beach with family and friends. Jerry was always telling jokes and had a sense of humor that was contagious to everyone around him. He loved his family and especially spending time with his grandchildren.

In addition to his parents, he is preceded in death by a brother, Robert Oxenford.

There will be a graveside service at the Salisbury National Cemetery held at a later date.

In lieu of flowers, memorials may be made to the Levine Dickson Hospice House, 1900 Vanstory Drive, Huntersville, NC 28078.

Carolina Cremation of Charlotte and Salisbury is assisting the Oxenford family. Online condolences may be made at www.carolinacremation.com.