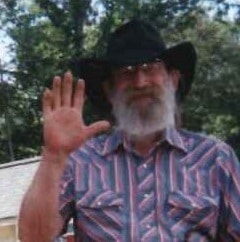 John Romeo Mabe, 74, of Linwood, NC passed away on Monday September 14, 2015 at his residence. John was born on August 4, 1941 in Stokes County to the late John Weldon Mabe and Dorothy Covington.

John was of the Baptist faith and worked for Sara Lee as a fixer. He enjoyed his two horses, Jug Head and Randy, and his dog Buster. He also spent much of his time fishing, horseback riding, and being outside.

He is survived by his girlfriend, Emily Bulla of Linwood; two sisters, Phyllis Anne Pearman, and Avoline Hibbett; and a brother, Joseph “Alvin” Mabe and wife Elizabeth.

There are no services scheduled at this time.

Carolina Cremation of Salisbury is assisting the Mabe family. Online condolences may be made at www.carolinacremation.com.