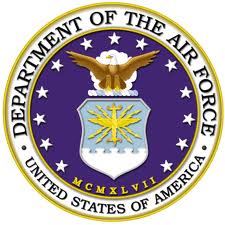 Mr. Frank W. Kirk, Jr. died August 1, 2012 in Magnolia Gardens, Spencer, NC. He was born June 9, 1925 in Salisbury, son of Dr. Frank W. Kirk, Sr. & Suzanne Smith. After graduating from Boyden High School, he attended Catawba College until entering the US Army Air Force. During World War II he was an airplane armor gunner (tail Gunner) on a B-24 in the battles of Po Valley Normandy.

After his discharge from the US Army Air Force he returned to Salisbury, Mr. Kirk opened his Dry Cleaning Plant, Town & Country Cleaners in 1952 and was the owner and operator until his retirement 30 years later. Mr. Kirk enjoyed music, taping movies and being with his family. He was elected for membership in 1947 to Andrew Jackson Masonic Lodge # 576. Frank was master of Andrew Jackson Masonic Lodge in 1962.

In lieu of flowers, memorials may be made to Rowan Public Library, 201 West Fisher Street, Salisbury, NC 28144 or to the donor’s choice.