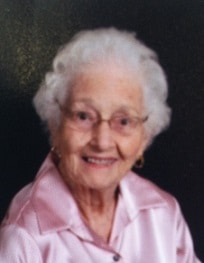 Olive May Stowell Carlson, 86, of Charlotte, went to be with her heavenly Father on Sunday, July 13, 2014. She was born on February 20, 1928 in Springfield, Massachusetts the daughter of the late Clarence and Mary Stowell.

She was the beloved wife of Robert Charles Carlson. They were married for 58 years at the time of his death on December 11, 2006.

She embraced her role as a mother and homemaker and was happiest when surrounded by her children and grandchildren. Over her many relocations, she embraced the opportunity to explore and become involved in the new community. She volunteered in the community through Girl Scouts, Red Cross, and Habitat for Humanity and for 10 years with her husband at Crisis Assistance Ministry. She served the Lord at many churches in various leadership roles and she and her husband were active in square dancing.

A service to celebrate her life will be held at Central United Methodist Church (6030 Albemarle Road, Charlotte, NC) on Monday July 21, 2014 at 2:00 PM. The family will receive friends one hour prior to the service at the church.

Carolina Cremation of Charlotte and Salisbury is assisting the Carlson family. Online condolences may be made at www.carolinacremation.com.