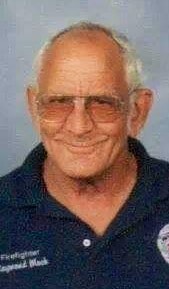 Raymond Lee Mock, 71, of Landis, NC passed away on February 6, 2014 at the Tucker Hospice House. Mr. Mock was born on January 21, 1943 in Dade County, Florida to the late William Henry Mock and Carrie Croft Mock.

Raymond is a Veteran of the united States Army having served in Vietnam. Raymond was a member of Homestead Baptist Church and enjoyed working on and racing cars. He loved being outside and going to the mountains. He was always helping people whether he knew them or not and loved spending time with his family. Raymond was a Volunteer Fire Fighter and also enjoyed playing the Guitar.

In addition to his parents, he is preceded in death by his brothers, Gene Mock and John Mock, and a sister, Betty Mock.

Carolina Cremation of Salisbury and Charlotte, North Carolina is assisting the Mock family. Online condolences may be made at www.carolinacremation.com.