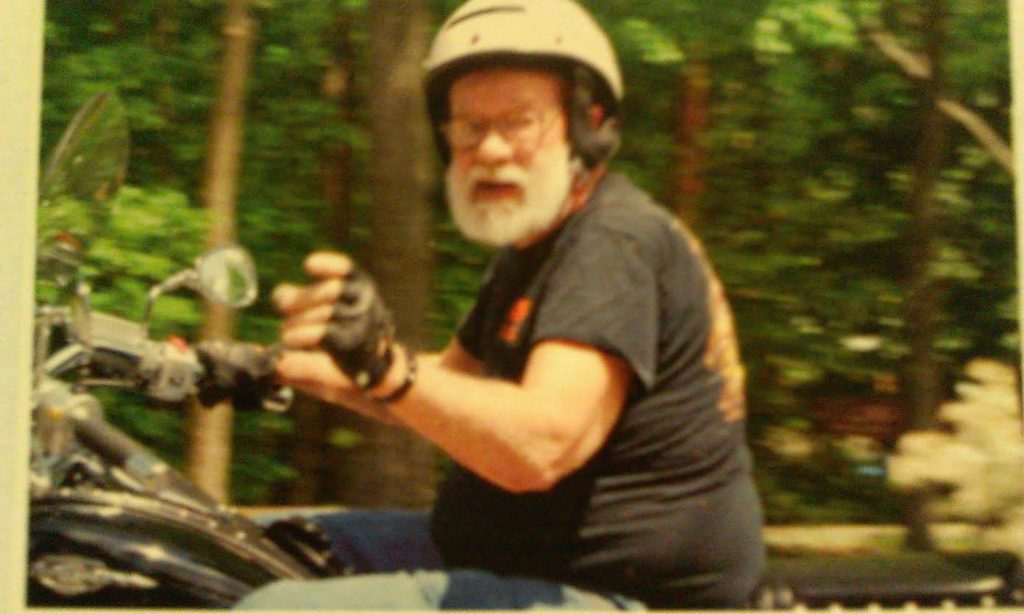 Robert, known to his long time friends as “Skip”, was born on November 21, 1935 in Ellwood City, Pennsylvania to the late Dale and Hazel Lewis. Robert proudly served our country in the Army, working as an auto mechanic. He was a truck driver and motor specialist not only for his own motorcycles, but his beloved wife Gracie’s as well. Robert also enjoyed working as a marine specialist for the marine shop in Big Run, PA.

There will be a memorial service and a Veteran’s flag ceremony at CommonGround First United Methodist Church, 5481 Hickory Grove Rd. in Stanley, NC on Saturday, August 1st, 2015 at 11:00am.

Carolina Cremation of Charlotte is assisting the Lewis family. Online condolences may be made at www.carolinacremation.com.