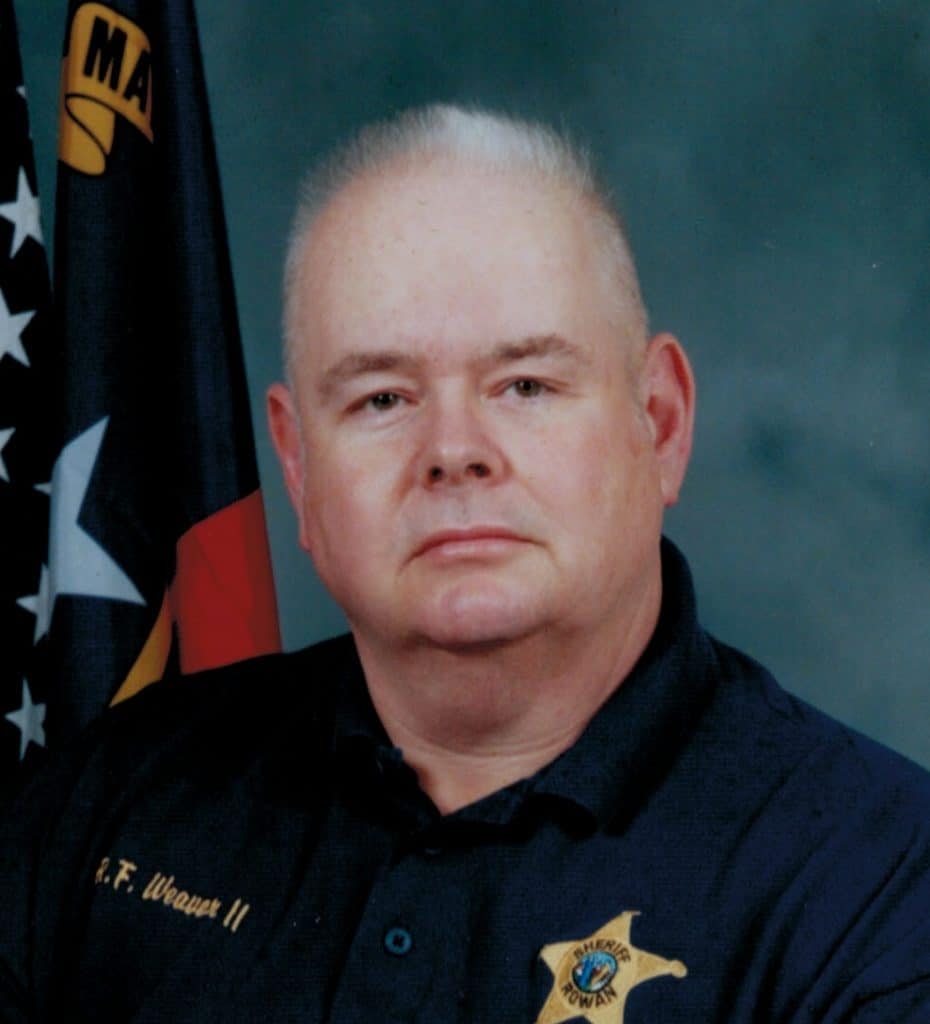 Robert “Tiny” Franklin Weaver II, 62, of Kannapolis passed away on Thursday August 23, 2012. Tiny was born on February 12, 1950 in Iredell County, son of the late Robert Franklin and Nancy Leinster Weaver. Tiny was a 1968 graduate of Northwest Cabarrus High School where he was a proud member of the football team, he also completed Basic Law Enforcement Training.

Tiny was a Reserve Deputy with Rowan and Cabarrus County Sheriff’s Departments, he was a Transportation Officer for the State of N.C., Tiny was the Game Warden for the Kannapolis Lake for many years, and was once known for his bear wrestling antics. He was also a Volunteer Fireman for Cannon Mills. Tiny was a member of Concordia Lutheran Church, he was an avid hunter and fisherman. Tiny loved being with and spending time with his family.

Service: There will be a Memorial Service on Sunday August 26, 2012 at 3:00 PM at Concordia Lutheran Church, conducted by the Rev. Ken Reed, pastor.

In lieu of flowers memorials may be made to Concordia Lutheran Church 185 Concordia Church Road China Grove NC 28023.

Carolina Cremation of Salisbury is assisting the Weaver family. Online condolences may be made at www.mycarolinacremation.com.