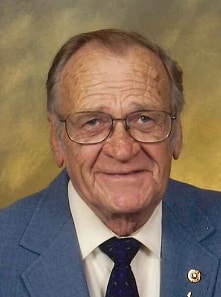 Walter Fredrick Masters, 83, of Granite Quarry, passed away at the North Carolina State Veterans Home in Salisbury, on August 29, 2015. He was born on March 1, 1932 in New Mexico to the late Freida Groning Masters and William E. Masters.

Walter proudly served his country in the United States Air Force where he was stationed in Saudia Arabia and Spain. He was one of the mechanical engineers that was instrumental in developing the drone. It’s job at that time was to allow our troops to see the movement of the opposition.

He attended schools in New Mexico and California, and graduated from Pacific Lutheran University in Washington State. Walter was a member of Shiloh United Methodist Church, the Granite Quarry Civitans Club, and was an avid beekeeper until his health started to decline.

In addition to his parents, he is preceded in death by a brother, Bill Masters Jr. of Virginia.

His wishes were for his cremated remains to join his parents in the ash garden at Mt. Rainier in Washington State. A Celebration of Life will be held at a later date.

The family would like to extend a special thanks to the entire staff of the North Carolina State Veterans Home for their loving care.

Carolina Cremation of Salisbury is assisting the Masters family. Online condolences may be made at www.carolinacremation.com.