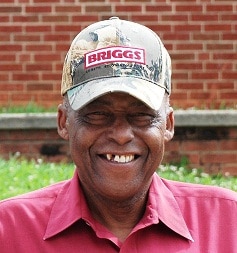 William J. Bohannon, 69, of Mocksville, North Carolina departed this life at his home on Saturday, September 15, 2012 after being in declining health for the past year. Born in Forsyth County, “Pop”, as he was affectionately known, was educated in the Davie County schools. He was retired from Synagro where he worked as a truck driver for many years. He also owned a trucking company, Bohannon Trucking, for a number of years.

Pop was born the third of six children to the late Thomas Lee and Martha Lee Bohannon. His wife, Barbara Ann Dulin Bohannon, to whom he lovingly wed on January 14, 1967, preceded him in death in 1985. Born to them and left to cherish his memories are daughters Pamela Bohannon Duncan (Bryan) of Salisbury, N.C. and Gail Bohannon of the home.

Pop may be best remembered for his sense of humor and his love of laughter. He loved to work on anything mechanical, especially his cars, and always ensured everything stayed in working order. Some of the fondest memories may be kept by those who “thought” they could beat him playing pool as this was one of his favorite pastimes, in addition to watching racing on TV or at the drag strip. He got the most joy, however, from his role as “Papaw”.

Pop will be dearly missed by the joys of his life, his three grandsons – Larry “TJ” Dillard, Darius “DJ” Duncan, and Kalil Duncan – whom he spoiled and loved unconditionally. He is also survived by two sisters, Earlene Bohannon of Winston-Salem, N.C. and Betty Blackwell of Advance, N.C.; two brothers, Leroy “Shag” Bohannon and John Bohannon (Phyllis), both of Farmington, N.C. An older brother, Thomas “Dooley” Bohannon also preceded him in death. A host of nephews, nieces, cousins and in-laws are also left to treasure his memories.

A memorial service will be held at 1pm Saturday, September 22, 2012 at New Life Apostolic Church, 358 Campbell Road, Mocksville, NC. Dress will be casual.

Carolina Cremation of Salisbury, North Carolina is assisting the Bohannon family. Online condolences may be made at www.mycarolinacremation.com.