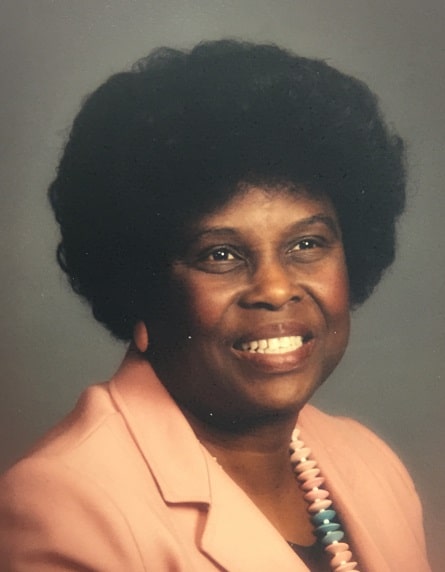 Carrie Bell Deas was born on October 27, 1926 to the late Eugene and Almetta Holmes in Lee County, South Carolina. She departed this life on Friday morning, April 17, 2015 at CMC Pineville.

Carrie dedicated her life to serve Jehovah God in September of 1977 and enjoyed sharing with people the bible based hope of the resurrection and a restored paradise on earth, when everyone living will have perfect health and “no one will say I am sick” (Isaiah 33:24). During her illness, Carrie would speak to anyone who came in to care for her, placing literature and sharing the good news of God’s Kingdom with them. Even while confined to the Pavilion at Brightmore Nursing home, she could be heard reciting Psalms 91:1-3.

She was well known for her candid sage advice to her children, grand children, nieces and nephews. She enjoyed making custom made draperies, bedspreads and pillows. After moving to Charlotte, she worked for Suzie Curtains and thereafter Mecklenburg Design Center for twenty some years. She continued her trade after retiring and some of her handiwork is still hanging in the homes of clients and friends today.

Carrie leaves to mourn her loss and cherish her memories her children, grand children (Ted, Druerie and Erica Walker; Rodney Ramsey; Theresa and Charles Tinsley Jr; Marva, Quantricia, Victor and Derrick Inman) great grand children and a host of nieces and nephews as well as her “adopted” daughters (Carolyn Allen, Lillion Ashford, Cookie Holley), and other relatives and friends.

Carolina Cremation of Charlotte and Salisbury is assisting the Deas family. Online condolences may be made at www.carolinacremation.com.