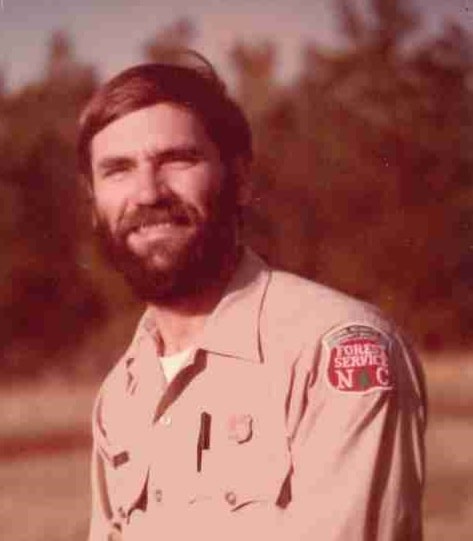 Charles “Chuck” Paul Nail, 70, of Mocksville, passed away Thursday, September 23, 2021 at The Laurels of Salisbury after a battle with cancer.

He was born December 17, 1950 in Salisbury, NC to the late Charles Wyrick Nail and Rachel Safrit Nail. He was a 1969 graduate of West Rowan High School and a 1971 graduate of Wayne Community College in Goldsboro, NC.

Chuck worked for the N.C. Forest Service for 36 years and was the Davie County Forest Ranger for most of that time. He went a number of times to the west coast to fight wildfires. He was a fisherman, hunter, hiker, birder, and arrowhead collector.

In addition to his father, Chuck was preceded in death by his grandparents, Jesse C. Safrit and Beulah Graham, Romas H. “Pete” Nail and Bessie Wyrick Nail, and his wife, Sharon Crabb Nail.

Charles is survived by his mother; sister, Janice Nail Wood; special friends; many Nail and Safrit cousins; and his beloved dog, Dakota.

Thanks to those who helped the family and Chuck during his illness with cards, visits and prayers. Thanks also to the staff of The Laurels of Salisbury and his Trellis Supportive Care team.

There will be no visitation or funeral.

Carolina Cremation is assisting the Nail family. Online condolences may be made at www.carolinacremation.com.