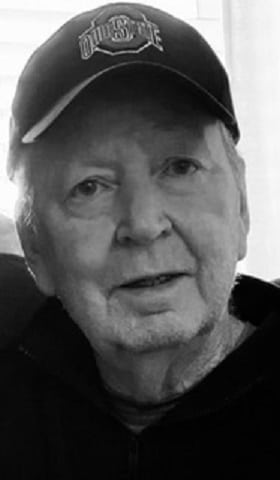 Clovis “Sandy” Darnel Stevens, 75, of Pineville, North Carolina passed away peacefully on Wednesday, February 23, 2022 at Levine & Dickson Hospice House at Southminster in Charlotte, North Carolina. He was born on May 26, 1946 in Buchanan County, Virginia to the late Clovis and Thelma (Hurley) Stevens. He attended Grundy Senior High before serving proudly as a medical corpsman in the United States Army.

Sandy owned a roofing contractor business and was a frequent member of the Elks Lodge 1718 in Port Clinton, Ohio. He retired to North Carolina in 2010.

Sandy never met a stranger. He was kind, hardworking, generous and was the life of the party. He enjoyed his loyal friends, playing golf, Buckeye football, NASCAR, his family and especially his grandkids.

A celebration of Sandy’s life will be held March 12, 2022 from 1-4 p.m. at Elks Lodge 1718 on Buckeye Boulevard in Port Clinton, Ohio. An invitation is extended to all family, friends and well-wishers.

In lieu of flowers, the family requests donations be made in Sandy’s honor to the Michael J. Fox Foundation, http://www.michaeljfox.org/donate, to further research for Parkinson’s disease.

Carolina Cremation of Charlotte and Salisbury is assisting the Stevens family. Online condolences may be made at www.carolinacremation.com.