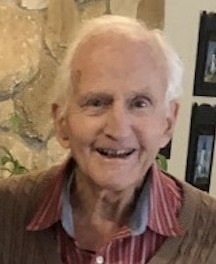 Dr. Ronald Sargent Potts, 94, of Salisbury passed away Tuesday, January 19 at Novant Health Medical Center following a brief illness. Born in Pulaski, New York on October 17, 1926, he was the son of Rexford and Celia Potts.

Ronald served in the Army Air Force. He graduated Phi Beta Kappa from Bowdoin College and received his medical degree in 1954 from McGill University in Montreal, Canada. He practiced clinical pathology for over 30 years at Central Maine Medical Center and Rowan Medical Center in Salisbury.

Ron was beloved for his cheerful soul, trickster’s sense of humor, thoughtful and determined character. He was an avid skier (even after a double hip replacement), enjoyed playing tennis until his late 80’s, gardening in his Salisbury backyard, and spending summers in Maine. He was an accomplished pianist, studying at the Eastman School of Music in Rochester NY. He enjoyed the symphony, singing with the Salisbury First Presbyterian Church choir and the Lutheran Church Men’s Chorus.

Service: A celebration of Ronald’s life will be held later this year.

The family gives special thanks to the hospital staff at Novant Health Medical Center for their care of Ronald.

Memorial: In lieu of flowers, donations may be made to the Salvation Army, Rowan Helping Ministries, the First Presbyterian Church Music Fund, or the Community Care Clinic of Rowan County.