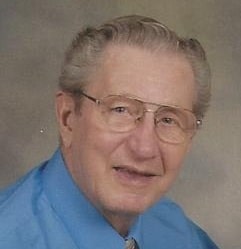 Earl LaFlamme, 80, of Concord, passed away on Monday March 5, 2012 at Tucker Hospice House in Kannapolis, NC.

Earl was born on June 12, 1931 in Detroit, Michigan. In 1969, he transferred to North Carolina with Elox and retired after 38 years of service. He was a devout Christian and an active member of St. Thomas Aquinas, where he volunteered in various ministries. His hobbies included fishing, golf, bowling, and pinochle as well as traveling with the YMCA and Young at Heart.

In addition to his parents, Earl was preceded in death by his beloved daughter, Mary L. Fisher; brother, Lawrence LaFlamme; and sister, Dolores Rakes.

In lieu of flowers, the family requests that donations be made to St. Jude’s Children’s Hospital at www.stjude.org/ or to the American Cancer Society at www.cancer.org/

Condolences may be expressed online at www.mycarolinacremation.com.