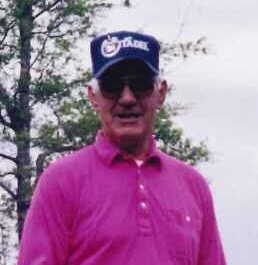 Edward Robert “Buzz” Taylor of Troy, departed this life on July 9, 2013 at Carolinas Medical Center, Charlotte following a long illness. Buzz was born on December 18, 1929 in Somerset, Pennsylvania, a son of the late Frances Indehar and Raymond Alan Taylor.

Buzz is a Veteran of the United States Army, having served in the Korean War. He was an airplane pilot, an avid golfer, and a world class sailor. Buzz was a retired self employed engineer.

In addition to his parents, Buzz is preceded in death by two brothers, and his faithful Boston Terrier, Captain Bruce Holt “Buster” Jackson.

Memorials in honor of Buzz may be made to 4 Him Ministries c/o Lois Harris Taylor 143 Shaw Road Troy, NC 27371.

Carolina Cremation of Salisbury is assisting the Taylor family. Online condolences may be made at www.carolinacremation.com.