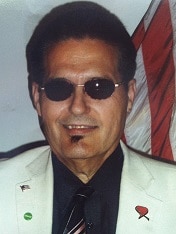 Mr. Moose was an all around handyman and could fix anything. He was member of the First Baptist Church in Mt. Pleasant, North Carolina and he loved his special dog named Annabelle.

Emory Moose is preceded in death by his brother, Boyd Moose.

In addition to his parents, he is survived by his, daughter, Donis Lee Hollis and husband Monti of Kannapolis, North Carolina, a sister, Lisa Sprinkle and husband Keith of Salisbury, North Carolina, a sister-in-law, Lisa Moose of Alabama, four grandchildren, Brandon Menius, Derek Menius, Diana Hollis, and Shelby Hollis, one great grandchildren, Chelsea Fikes, and three nieces and two nephews.

There will be a Memorial Service on Saturday, November 9, 2013 at 11:00 AM at the First Baptist Church of Mt. Pleasant.

Carolina Cremation of Salisbury, North Carolina is assisting the Moose family. Online condolences may be made at www.carolinacremation.com.