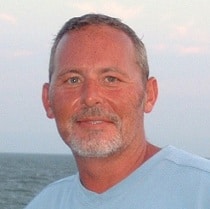 James was a 1983 graduate of Franklin Central High School in Indianapolis, In. and was a Veteran having served in the US Navy. He was a former Masonic Mason, loved fishing and boating. He and his sons loved skipping rocks and were true rock hounds.

No Services are planned at this time.

Online condolences can be made to the Elder Family at www.carolinacremation.com. Carolina Cremation of Salisbury, North Carolina is assisting the Elder family.