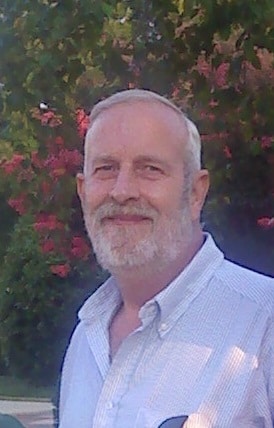 Jerry Wayne Boger, 66, of Rockwell, passed away quickly on Tuesday October 20, 2015 at home after years of bravely facing pain and illness. He was born on June 8, 1949 in Rowan County to the late Ruben Boger and Ruby Hipp Boger.

He was an employee of Cannon Mills for 38 years. He never said much and was a simple man, but you knew how he felt about you when he fixed something for you or shared vegetables from his garden with you.

In addition to his parents, he is preceded in death by a sister, Helen Nash.

He is survived by his wife who provided constant care for almost 45 years, Marsha Herman Boger, his only daughter Amy Boger Turner and her husband Jonathan, a brother James (Judy) Boger, a sister Sherry (Ronnie) Fowler, a brother in-law Mike (Becky) Herman, and his faithful rescued dogs Penny, Blu, and Little Man as well as his granddogs.

There will be no formal services. The family will gather at his daughter’s home this week and have a celebration of his life at a later date.

In lieu of flowers, please send memorials to Carolina Value Pet Care, PO Box 1923, Concord, NC 28026 to help those who cannot afford basic care for their pets. Make sure to mention “In Memory of Jerry” on your donation.

Carolina Cremation of Salisbury is assisting the Boger family. Online condolences may be made at www.carolinacremation.com.