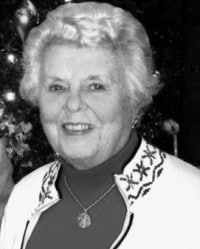 Joan Redding Morgan, 79, of Charlotte, NC passed away on Friday March 14, 2014 at home surrounded by her family. Joan was born on November 5, 1934 the oldest child of the late Lillian Redding and John Brown, of Winston-Salem. In addition to her parents, her beloved husband and best friend Joseph Edward Morgan Jr. and her brother Richard William Redding of Winston-Salem preceded her in death. Her sister, Carol Fishel and husband Buddy of Winston-Salem survive her.

A native of Winston-Salem, she attended James A. Grey High School, where she was a majorette, and continued her education at Women’s College of the University of North Carolina. Joe and Joan married in 1954 and moved to Germany for three years. After returning to the United States they settled in Charlotte with their children. Joan is survived by her son, Joseph Edward Morgan III and his wife Jean of Winston-Salem, and her daughter, Julie Morgan Beam of Weddington. Cherishing the time they spent with her are grandchildren, Scarlet Ratliff (Jason), Adam Morgan, Matthew, Morgan and Meaghan Beam.

Joan accomplished much in her life but family was most important to her. She opened Charlotte’s oldest children’s boutique (Kids Place) 38 years ago and until January was still in the store six days a week. It was her dream and she loved serving her customers. Joan spent much of her time at Ocean Isle Beach where she enjoyed spending time with family. Her greatest gift in life was the unconditional love she shared with them.

A service to celebrate her life will be held at 11 o’clock Thursday, March 20, 2014 at Peace Moravian Church, with reverend Dr. James Doss officiating. The family will receive friends following the service in the church fellowship hall.

In lieu of flowers, memorial contributions may be made to Peace Moravian Church, 4418 Rea Rd., Charlotte, NC 28226, where Joan was a member.

Carolina Cremation, of Charlotte, is assisting the Morgan family. Online condolences may be made at www.carolinacremation.com.