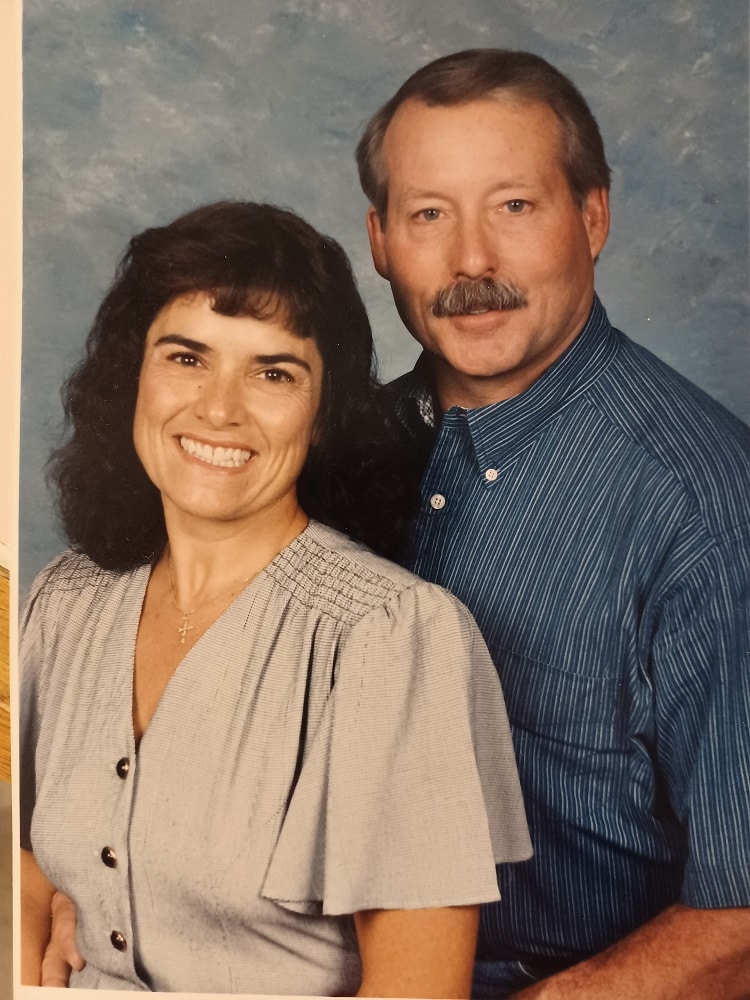 John and Vicki met in southern California as John enlisted for duty in Vietnam as an aircraft mechanic for the Air Force. He was later granted leave to fly to Hawaii where he and Vicki were married on November 22, 1969. They spent 52 years together creating extensive friendships, taking family trips, and building their family by fostering three children in 1990. They loved raising children and later adopted Heather Sarah Biland in 1995. They moved to Salisbury NC in 2004 and became proud members of the community. John coached for the Salisbury senior softball league, was a member of a bowling league at Woodleaf Lanes, and he enjoyed his time with the team at Hammer Truck Sales. John is remembered as a man of great mechanical ability who would devote his time and talent to those he encountered. Vicki enjoyed adapting to southern life and spending time with her daughter and grandchildren. Vicki is known for sharing laughter and an appreciation for gardening and the sea with friends.

John and Vicki leave behind two sons, nine grandchildren, as well as a community of friends and family with broken hearts as their time came too early.

Carolina Cremation is assisting the Biland family. Online condolences may be made at www.carolinacremation.com.