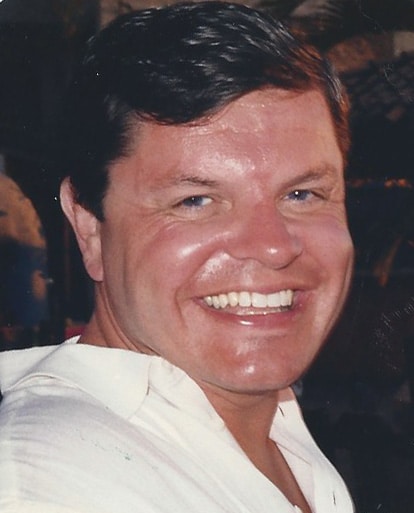 He was born January 10, 1944 in Sault Saint Marie, MI, son of the late Bunny Jayne Buck and Anthony Sorcic. He graduated from The Kinkaid School in Houston, Texas in 1963 where he lettered in varsity football. He attended Sorbonne in Paris, France (1966-1967) and earned his BBA in Finance from Southern Methodist University in 1969. He also attended the New York Institute of Finance and was a Chartered Financial Consultant. A Houstonian for most of his life he served as the Vice President and Trust Officer at Texas Commerce Bank (now known as JPMorgan Chase) from 1974-1980. He went on to found and head Planning Ahead in 1980, which came to be known as The Select Group, Inc.

He served as a financial consultant on numerous TV and radio talk and news shows from 1978-1989 including, host on Houston’s KTRH and KPRC Radio “Money Matters.” He was also Co-Host of the popular weekly live TV show “Dollars & Sense” on PBS’s Channel 8 in Houston, Texas from 1984 – 1989.

He had a true passion for the culinary arts, most notably food and wine. He was an active member of Chaîne Des Rotisseurs for over 30 years serving at various points as the Vice Charge de Presse of the Houston Bailliage, Chambellan Provincial of the Southwest Region, Bailli Provincial of the Southwest Region, and Echanson Provincial of the South Central Region. He later joined the Société Mondiale du Vin in 1991 and Brillat Savarin in 2000. His commitment to the Chaîne was evidenced by the awards he received over the years including, Commandeur (20 Years of Membership) – 2000, Silver Star of Excellence – 2000, Bronze Mondiale Medal of Honor – 2010, Officier Commandeur (30 Years of Membership) – 2010, and Gold Star of Excellence – 2013. He was also a member of Les Amis d’Escoffier Society and The International Wine & Food Society of Houston, including serving as Treasurer (1981-1984), President (1984-1985), and Member of the Board of Directors (1981-1990).

He is survived by his daughter Jacquelyn Sorcic Johnson, son-in-law Jordan David Johnson, and granddaughters Caroline and Catherine “Kate” Johnson.

In lieu of flowers, memorials may be made to a charity of your choice in honor of Jack.

Carolina Cremation of Salisbury and Charlotte is assisting the Sorcic family. Online condolences may be made at www.carolinacremation.com.