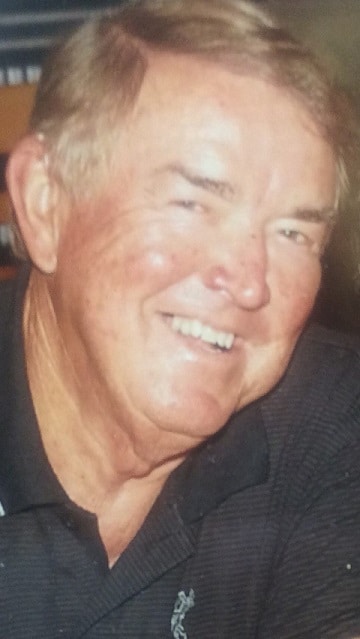 John William (Bill) Couick, Jr, age 80, passed away peacefully on December 1st, 2020 at Autumn Care of Salisbury after a brief battle with Glioblastoma, with his family by his side.
Bill was born and raised in Badin, NC by his late parents John William Couick, Sr and Ruth Elizabeth Coggins Couick. He was one of 4 children that they loved and raised in their small Badin home.

He graduated NC State University with a Bachelor’s degree in Textile Engineering and then worked in several different fields including Textiles, Automotive Sales and Insurance. He was a devoted, proud and very loving father of two, and an amazing grandfather to his one and only grandson (Austin) who was his pride and joy!! Upon retiring he was able to spend several of his later years living his dream at the beaches of SC. His passions were golf, jogging, shagging (especially at SOS in N Myrtle Beach), hunting, and fishing.

In addition to his parents, Bill was preceded in death by his beloved brother Philip L. Couick and his ex-wife and mother of his children Agnes Clay Couick.

His family sends their most sincere appreciation and thanks to the staff at Autumn Care of Salisbury (particularly his favorite nurse Diane), as well as to Novant Hospice and Dr. Dallas at Novant Cancer Institute of Mint Hill. Your kindness and compassionate care will never be forgotten.

A Celebration of Life will be held at a later date following the holidays for family and friends.

Carolina Cremation of Salisbury and Charlotte is assisting the Couick family. Online condolences may be made at www.carolinacremation.com.