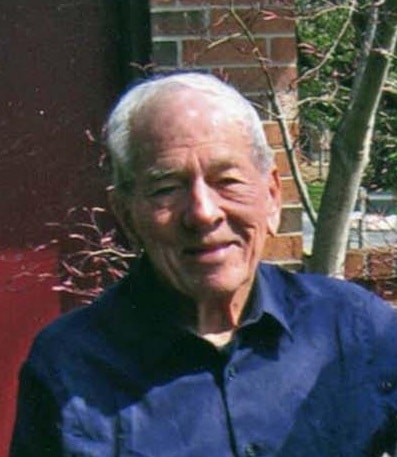 Larry was born in Chicago IL to Walter and Elsie Michal on January 8, 1924. Larry passed away at his home in Charlotte, NC on June 18, 2015. He graduated from Bowen High School, and then attended Chicago Technical School studying drafting.

In May of 1943 Larry entered the army where he was a paratrooper in the 508th Parachute Infantry, part of the 82nd Airborne. After training in Ft. Benning as a parachutist he trained at Camp Croft for combat intelligence. He then went to England to prepare for the D-Day invasion. During this time as an Intelligence NCO he drew maps from aerial photos and made sand tables to assist officers to train for the invasion. He parachuted in the early morning hours of 6 June 1944. He carried the maps that were needed to establish an advance command post.

As an Intelligence Observer he collected and evaluated information on enemy forces and dispositions and relayed this back to the command, often being on foot behind enemy lines. Larry was shot on 25 June 1944, 19 days after landing in Normandy. He was awarded the Purple Heart, bronze battle star and the French Legion of Honor among other citations.

After the war, he worked at various jobs including the railroad in California, Tucker Automobile, and International Harvester. Larry met Lillian Stromgren and they married on April 24, 1948. They had their first two children in Chicago and moved to Lindstrom Minnesota in 1956. Here he bought and ran a Pure Oil gas station and then started with Whirlpool in St. Paul designing ice cube makers. They had their third child in Minnesota. After 29 years with Whirlpool he retired then moved to Charleston SC and then Charlotte NC.

He is survived by his wife Lillian, of 67 years, daughter Laura (Jim) Hawkins, son Steve (Susan) and daughter Kimberly (Jim) Thibault. He is also survived by his five grandchildren: Michal & Kiel Hawkins, Eric & Kevin Michal and Kirsten Thibault as well as his brother Kenneth Michal and sister Shirley Beier.

Carolina Cremation of Charlotte is assisting the Michal family. Online condolences may be made at www.carolinacremation.com.