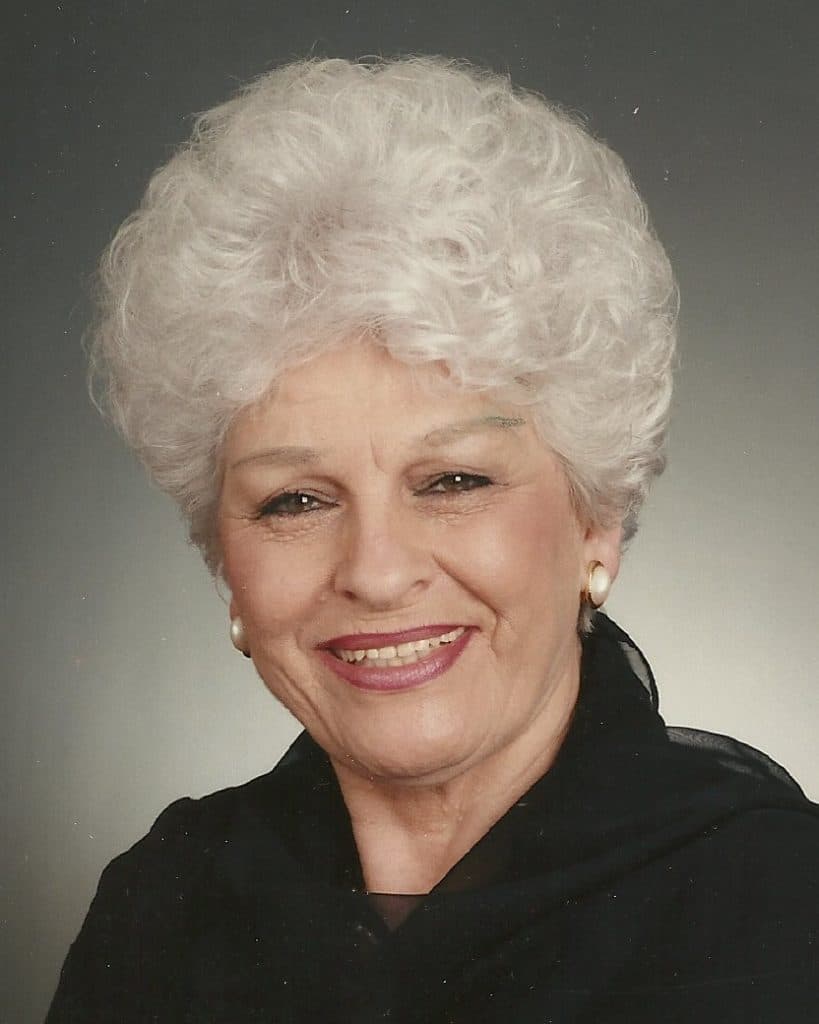 She was born August 31, 1931 in Hackensack, N.J., the daughter of the late Joseph and Elsie Cacioppo of Bessemer, Ala. In 1950, she married the love of her life, William R. Swope – “her Bill” — and they enjoyed a blessed union of 62 years. They began their married life in Alabama, and later lived in California, Pennsylvania and South Carolina before moving to Statesville, N.C. in 2010. Lena was a devoted mother to five daughters, who, along with their father, lovingly cared for her until her passing.

She was a skilled homemaker and a master in the kitchen. Lena’s signature dish of spaghetti and meatballs was famous in her family circle and beyond. No one entered her home without sitting down to a wonderful meal prepared with pizazz and love. Other things she loved: Italian lentil soup, the fragrance of sweet basil, blue and purple flowers, the Alabama Crimson Tide, and Jesus.

She is also survived by two brothers, Anthony Cacioppo of Bessemer, Ala. and Frank Cacioppo of Helena, Ala.; a sister, Janet Tabbone of San Antonio, Texas; a special sister-in-law, Jane LeFevre of Lancaster, Calif.; other in-laws and a host of loving nieces and nephews. In addition to her parents, she was predeceased by a sister, Jeanette Cacioppo, and a brother, Joseph A. Cacioppo, both of Bessemer.

A private service for the family is planned for a later date. In lieu of flowers, the family asks that donations be made to Gordon Hospice House, 2347 Simonton Road, Statesville, N.C. 28625.