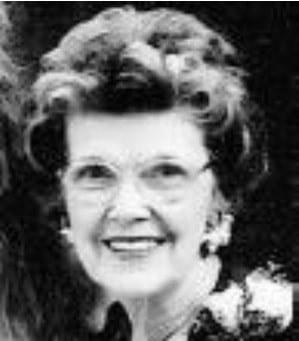 Lillian “Kitty” Douglas Arnold passed away in the early morning hours March 23, 2016 at Gordon Hospice House, of Statesville. She was 91.

Kitty was born September 22, 1924 to Irving and Winnie Dawkins Douglas in Homerville, GA. She was raised in New Orleans, LA, and lived most of her adult life there and in Houma, LA. With her husband, George, she served in the traveling ministry work throughout the states of Lousiana, Alabama, Mississippi, Georgia, Florida and Texas, over a 23 year span.

She is survived by her daughter and son-in-law, Teri and Ward Crosier, granddaughters Melanie (Scott) Hasty, all of Statesville, and Brooke (Jaymes) Rae of Cornelius, NC. Two brothers, Rusty (Martha) Douglas, of Houston, TX, and Mel (Jeanie) Douglas of Dothan, AL. Her niece Ivy D. Guitierez and nephews Irv, Eric and Todd Douglas also survive her.

She was preceded in death by her husband, George Arnold, and her parents Winnie Dawkins and Irving A. Douglas, Sr.

A memorial service will be held at the Kingdom Hall of Jehovah’s Witnesses, 318 James Farm Rd., Statesville, NC , Sunday, April 3, at 6 p.m.

Carolina Cremation is honored to serve the family of Lillian Arnold. Online condolences may be made at www.carolinacremation.com.