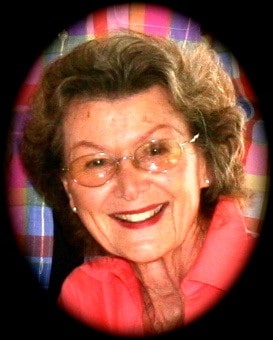 Luise (“Petie”) Culpepper Palmer Foster was called home to be with the Lord on December 13, 2012, after a mercifully brief illness at Presbyterian Hospital in Charlotte. She was born a Valentine’s Day baby in February, 1923, in Boston, MA, the daughter of Lt. Col. Ralph and Marti Culpepper. Petie dearly loved and was so proud of her family of three daughters: Judith (“Jody”) Palmer Hicks (Dr. Preston Hicks) of Lexington, KY, Janet Palmer Larkin (William Larkin) of Rancho Santa Margarita, CA, and Joan Leslie Palmer of Salisbury, nine grandchildren, and twenty-one great-grandchildren, including two who sadly predeceased her. Thus she leaves a legacy of a large family who greatly loved her and will miss her but will cherish their many good memories of her.

Petie was the widow of Hank Palmer, to whom she was married for 65 years, and the widow of Pete Foster, who lived only nine months after their wedding. Ever since they moved to Salisbury in 1953, Petie and Hank worshiped and served in the First Presbyterian Church, where she especially enjoyed singing in the choir most of those years. They both played golf and also helped to resurrect interest in tennis at the Salisbury Country Club back in the ‘50’s. For 45 years Petie and Hank co-owned their office and advertising supplies business, Hank Palmer & Associates. They, and later with Joan, were fixtures around Salisbury for many years, having been active in the founding of the NSSA and the Piedmont Players, even acting in many of the plays. She also enjoyed giving much of her time as a volunteer at Rowan Regional Medical Center.

Petie was a long-time member of the Insolite Book Club, an inveterate crossword puzzler, and a sharp regular bridge player. She loved to entertain and had many friends whom she loved and were so good and helpful to her, and the family wanted especially to thank Mary Bentley for all the loving care she provided during Petie’s last years, to Karl and Lynn Hales and Joyce Ann and Jim Spiceland for their extra deep support, and to her pastors, Jim Dunkin and Randy Kirby, for their tremendous faithfulness in ministering to Petie.

Memorials may be made to First Presbyterian Church 308 West Fisher Street Salisbury NC 28144.

Online condolences can be made to the Palmer family at www.carolinacremation.com. Carolina Cremation of Salisbury, North Carolina is assisting the Palmer Family.