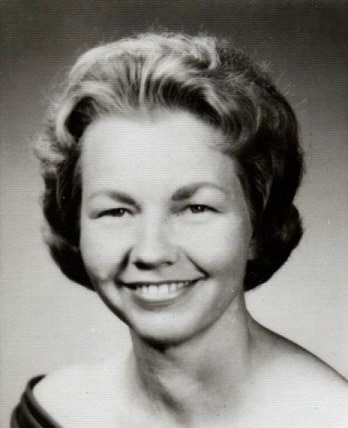 Margaret Emma Mahaley Stoessel, 89, a resident of Genesis Salisbury Center, bid farewell to family, friends, and center staff before departing this world on Wednesday, January 21, 2015 for reunion with her late loved ones of whom she so frequently spoke.

Margaret was born in Salisbury on August 15, 1925 to the late Lonnie Alexander Mahaley and Madge Hanna Mahaley. She grew up with a younger sister Jean who preceded her in death in October 2003. Margaret graduated from Boyden High School as Valedictorian, and was able to attend Queens College for one year thanks to her late Uncle Everett Moser. In 1943, Margaret married William M. Stoessel Jr. She followed him to naval assignments in Norfolk, Virginia, then to the Canal Zone in Panama, and later back to the Naval Recruiting Office in Salisbury. After her family was established, she returned to school and graduated from Catawba College in 1965. So began a career teaching English and French which spanned 25 years at West Rowan High School.

Margaret arrived at Genesis Salisbury Center in December 2011 after discovery of an inoperable abdominal sarcoma which would later spread to the liver and lungs. She was transferred from nursing to assisted living in early January 2012. Her new friends there dubbed her Little Bit as two Margarets were already among the eighteen or so residents on the assisted living hall. On December 29, 2014, she moved back to the skilled nursing side due to the rapid progression of the liver tumors, and departed more than three years after the initial discovery of the cancer. This was a struggle that was first forecast to last only six months.

In her leisure time, Margaret enjoyed traveling, her many dogs and cats, grandchildren, and reading. She is survived by three sons, Frederick, William, and David, as well as a daughter Jane, six grandchildren, and one great grandchild. In addition, one of her aunts, Katherine Mahaley survives.

We must thank Dr. Brinkley and Dr. Mitro along with their respective staffs as well as the caregivers at Genesis for their involvement and concern that made it possible to not only beat, but far surpass all expectations.

Service: Funeral services will be at the Powles Funeral Home Chapel in Rockwell, NC on Saturday, January 31, 2015 at 2:30 PM with the Rev. David Nelson officiating. The family will receive friends from 2:00 to 2:30 prior to the service.

At a later date, family will assemble to inter Margaret’s ashes in the Columbarium with those of her late husband at the National Cemetery Annex behind the Veterans Administration Hospital.

Carolina Cremation of Salisbury is assisting the Stoessel family. Online condolences may be made at www.carolinacremation.com.