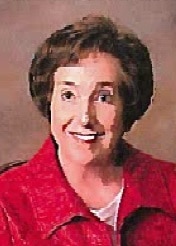 Educated in Rowan County Schools, Mrs. Glasco graduated from Boyden High School Class in the of 1955. She attended Rowan Technical Institute where she earned her Registered Nurse Degree. She was employed by the Bill Hefner VA Hospital until her retirement.

She was a member of First United Methodist Church, Salisbury, the ’55 Boyden Lunch Bunch, Salisbury Elks Lodge #699, Harold B. Jarrett Post #342 American Legion Auxiliary, Cardinals Square Dance Club, Hurley YMCA Senior Dance Group, and the Sunday Lunch Bunch Group at her church. She was also an active participant in events at Rufty-Holmes Senior Center in Salisbury. She was an avid reader and loved dancing, traveling and animals, especially horses and cats. Peggy will be missed by many friends and her two cats, Pumpkin and Big Boy.

She is survived by her sister, Beryl Lewis Davis, of Athens, Texas and her brother, Tom Lewis, of Salisbury and a number of nieces and nephews. She will be buried next to her husband and the love of her life, Ray (Buck) Glasco, who preceded her in death in May, 1992.

A service will be held at 11:00 a.m. on Thursday, April 2nd, at the Historic National Cemetery on Military Avenue (off South Main Street, Salisbury), and a reception for friends and family will follow immediately afterward in the Parlor at First United Methodist Church, 200 South Church Street, Salisbury.

Memorials may be made to First United Methodist Church, Faithful Friends or the charity of the donor’s choice.

Carolina Cremation is assisting the Glasco family. Online condolences may be made at www.carolinacremation.com.