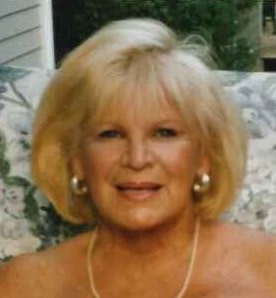 Marian Elizabeth Thomas, 71, of Concord passed away on Friday October 17, 2014 at her home surrounded by family. Ms. Thomas was born on November 27, 1942 in Bell County, Kentucky to Richard Fredrick Vaughn and Alma Campbell Vaughn. Marian proudly served in the United States Air Force for 9 years.

Marian was a 1961 graduate of Kane Area High School in Pennsylvania as well as a graduate of UNC Asheville. She worked as an Admissions Administrator and also in the Home Care at Rex Hospital. Marian enjoyed to shop, cook, and loved being with her family, friends and pets.

She is preceded in death by her husband, Arthur Lee Thomas who passed away in 2003.

She is survived by her brother, Richard Alan Vaughn and wife Jackie of Arden; and two sisters, Charlotte Vaughn Edwards and husband Garrett of Concord, and Deborah Vaughn Purser and husband David of Charlotte.

In lieu of flowers, donations may be made to Cabarrus County Hospice (5003 Hospice Lane, Kannapolis NC, 28081).

Carolina Cremation of Salisbury and Charlotte is assisting the Thomas family. Online condolences may be made at www.carolinacremation.com.