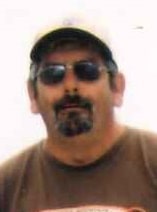 Michael Bryan Freeman, 51, of China Grove, passed away on Friday July 31, 2015 at his residence surrounded by family. Michael was born on May 14, 1964 in Burlington County, New Jersey to the late George Freeman and Harietta Trineer Freeman.

Mr. Freeman worked at Metrolina Greenhouses as a crew leader in the shipping department. He enjoyed going fishing and loved spending time with his family, especially his grandchildren.

In addition to his parents, he is preceded in death by a granddaughter, Brianna Freeman.

Carolina Cremation of Salisbury and Charlotte is assisting the Freeman family. Online condolences may be made at www.carolinacremation.com.