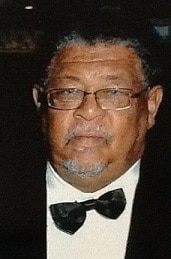 Michael Jerome McTyre, 69, of Charlotte, was born to the union of Harold Nathaniel and Ernestine Evelyn McTyre in Detroit, Michigan on July 11, 1945. Michael attended public schools in Detroit, graduating from Mumford High School in June, 1963.

After high school, he worked while attending Detroit Business Institute until he was drafted into military service in 1965. Michael served with an engineer unit in the United States Army, which included a tour of duty in the Vietnam conflict and was honorably discharged in 1967. After his military service, Michael relocated to Los Angeles, California where he worked as a sales manager for Continental Baking Company for nine years.

In 1976 Mike began his career as a long distance moving van owner/ operator for North American Van Lines. Mike enjoyed being a long distance moving van owner/operator for 35 years until his retirement in 2009. He took great pride in his knowledge of the United States Interstate Highway System that routed him into a multitude of major cities, small towns, and thousands of homes where he made countless friends and satisfied customers. Michael found joy and commitment in his work, moving commerce and clients across the country. He also viewed this pursuit as his life’s mission and his contribution to society at large. Mike was a mentor to many moving specialists where he imparted time-saving routing directions, wisdom in truck maintenance, and clever cooking ideas while traveling down the road. His friends and neighbors often looked upon him as a “food connoisseur”.

In retirement, he spent many days learning new food recipes and barbecue techniques while watching “The Food Network”. He especially enjoyed smoking meat, his favorite being “pulled pork”.

Michael’s final residence was in Charlotte, NC where he lived until his death. Mike fought his many health challenges for several years until he was called to his eternal peace on Tuesday, March 10, 2015.

A Graveside Service will be held on Friday March 20, 2015 at 1:00 PM at the Salisbury National Cemetery in Salisbury, NC. Military Honors will be provided by the Rowan County Veterans Honor Guard and the NC National Guard.

Michael McTyre fought the good fight until the very end. May he rest in Heavenly peace.