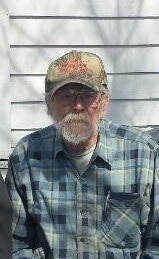 He was educated in the Henry Co. Va. Schools. He worked as a Supervisor at Basset-Walker Mills in Martinsville, Va. He was also a tobacco farmer. He was a member of the Lower Mayo Primitive Baptist Association. He enjoyed restoring antique tractors and enjoyed the work of life.

In addition to his parents Mr. Harris was preceded in death by two sisters; Charlotte Harris Hall and Belle Harris.

In lieu of flowers memorials may be made to Flat Creek Primitive Baptist Church, Flat Creek Church Road, Richfield, NC 28137.

Carolina Cremation of Salisbury is assisting the Harris family. Online condolences may be made at www.carolinacremation.com.