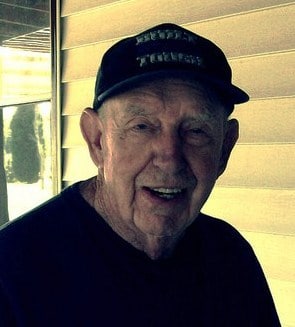 Boyce Worth Lomax, 89, of Gold Hill passed away on Sunday, March 25, 2012 at his residence. Mr. Lomax was born on February 24, 1923 in Stanly County son of the late George Lomax and Ethel Rogers Lomax.

He attended Stanly County Schools and was of the Baptist faith. He retired in 1979 from the New York City Board of Education where he worked as a Custodian Engineer and he later owned and operated Granite Quarry Cleaners from 1985 till 1993.

In addition to his parents he is preceded in death by his wife, Isabelle Fraser Lomax who he married on March 18, 1944 and passed away on September 12, 2011; two sons John Boyce Lomax and Bruce Alan Lomax; and his daughter, Margaret E. Zabicki.

Services: The Memorial Service will be held at 3:00 p.m. on Thursday, March 29, 2012 at the Residence conducted by Rev. Tom Lomax, pastor of Old Country Church, Salisbury. Military honors will be conducted by the Rowan County Military Honor Guard.

To Rowan Hospice and Palliative Care, thank you for the magnificent care you provided. Seeing the Hospice Staff at work has let us know there are Angels among us.

Carolina Cremation of Salisbury, NC is assisting the Lomax family. Online condolences may be made at www.mycarolinacremation.com.