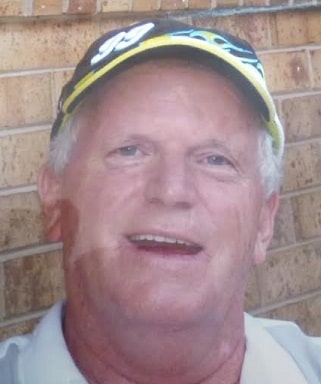 Mr. John Arno Brown, III, 59 of Salisbury passed away at his home on Monday, September 29, 2014.
Mr. Brown was born on January 21, 1955 in Mineral Wells, Texas, son of the late John Arno Brown, II and Jane McGee Brown. He was educated in the Palm Bay, Florida Schools. During his career he had managed several restaurants. He was an avid NASCAR fan.
Mr. Brown is survived by his sons John Arno Brown, IV of Salisbury, Christopher Brown and wife Christie of Salisbury, daughter Katelyn Nicholson and husband Ryan of Statesville, brother Arnold George Brown of Florida and grandson Christopher Landon Brown.
The family will have a memorial service at a later date.
Memorials may be made to Victory Junction Camp, 4500 Adams Way, Randelman, NC 27317 or to The NASCAR Foundation, One Daytona Blvd., 6th Floor, Daytona Beach, Fl, 32114.
Carolina Cremation is assisting the Brown family. Online condolences may be made at www.carolinacremation.com.