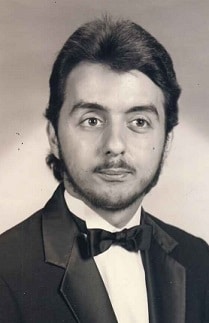 Richard “Ricky” Joseph Mulrooney Jr., 46, of East Spencer passed away on Thursday September 3, 2015 at his residence. Ricky was born on May 9, 1969 in Long Island, NY to Richard J. Mulrooney Sr. and the late Loretta Defeo Mulrooney.

Ricky graduated from West Rowan High School and worked for Hampton Inn in Salisbury for over 20 years in Housekeeping. He never met a stranger and was always open to meeting new people. Ricky enjoyed walking and was an avid coin collector, he was always looking for a deal. More than anything, he loved his work at Hampton Inn and all of his fellow employees were like family to him.

In addition to his father, he is survived by his step-mother, Mary Ann Mulrooney of Salisbury; three brothers, David Paul Mulrooney of NC, Mark LaGamba and fiance Barbara, and Michael LaGamba and wife Elaine; a sister, Kelly Palevich and husband Matthew; his special buddy, nephew, Kayden Palevich; and numerous neices and nephews.

A Celebration of Life will be held on Monday September 7, 2015 at 7:00 PM at Trinity Wesleyan Church (2200 Mooresville Rd., Salisbury, NC 28147) conducted by Pastor, Martha Richardson. The family will receive friends following the service at the church.

In lieu of flowers, memorials may be made to Rowan County Hospice and Palliative Care (101 Hospice Lane, Winston-Salem, NC 27103).

Carolina Cremation of Salisbury is assisting the Mulrooney family. Online condolences may be made at www.carolinacremation.com.