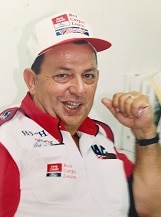 Robert was of the Baptist faith and worked many years driving a show car for his sons’s racing team. He enjoyed traveling with his wife and grandchildren, square dancing, camping, and smoking his pipe. Most of all, he loved spending time with his family.

In addition to his parents, he is preceded in death by a brother, Jerry Sutton, and sisters, Mary Lou Gilbert and Evelyn Banks.

In lieu of flowers, memorials may be made to the Robert Sutton Memorial Fund at any Wells Fargo location.

The family will have a private service at a later date.

Carolina Cremation of Salisbury, North Carolina is assisting the Sutton family. Online condolences may be made at www.carolinacremation.com.