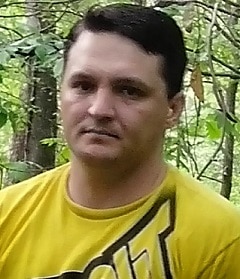 Rodney Shaine Thompson, 37, of Salisbury, NC passed away on Sunday May 4, 2014. Rodney was born on January 10, 1977 in Mercer County, West Virginia to Mrs. Robin Ward Jennings and the late Patrick R. Thompson.

Rodney worked as a Lead Technician at Bekaert Textiles in Winston-Salem, NC. He enjoyed martial arts, hunting, fishing and being outdoors.

In addition to his father, he is preceded in death by his grandmother, Macie Ellen White Thompson.

Carolina Cremation of Salisbury, NC is assisting the Thompson family. Online condolences may be made at www.carolinacremation.com.