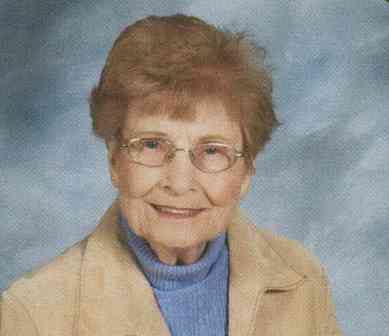 Ruth Coan Nash, 89, of Concord, NC passed away on September 15, 2014. She had been residing at Morningside Assisted Living since March 2009. She was born September 18,1924 to the late Guy and Estaline Coan.

Mrs. Nash was a very active member of Brookdale Baptist Church before her health became an issue. She taught Sunday School for more than 65 years and was also a member of the choir and was on various committees during her life time. Ruth worked for Cannon Mills in the Sheet Department and was always helping others. She was a proud aunt of many nieces and nephews.

In addition to her parents, she is preced in death by her husband, the late Dorsey Nash, who died January 6, 1970, as well as a brother, James Coan of Grove City, Ohio and two sisters, Pattie Lee Overcash of China Grove and Carole Oliver of Kannapolis.

She is survived by a brother, Paul Coan (Pug) of China Grove; two sisters, Sarah Roberts of Salisbury and Rachel Holleman (Earl) of Concord. She is also survived by a number of nieces and nephews.

A memorial service for Mrs. Nash will be held at 11 o’clock Wednesday morning September 17, 2014 at Brookdale Baptist Church in Kannapolis, NC with the Rev. Mike Hubbard officiating.

The family will receive friends at 10 a.m.Wednesday morning prior to the memorial service.

Carolina Cremation of Salisbury and Charlotte is assisting the Nash family. Online condolences may be made at www.carolinacremation.com.